The history of this home is as engaging as its appealing facade. Kerry Underhill, the owner, details the history behind the blue plaque on the front of the property inscribed with the name of  Richard Carr-Gomm and his charitable organisation that provided care and housing for disadvantaged and lonely people.

"The society used this house and the one next door", Kerry explains, although it’s unclear if the property was used to house people or if it functioned more as an administration office. What we do know is that Carr-Gomm founded the society after 1954, having been affected deeply by the ‘Billy Graham Crusade’.

The house was originally built as a single home, then knocked together with No. 38 to house the Carr-Gomm Society's head office They were made separate houses again by a property developer in 1992. Kerry bought No. 38 that year and No. 36 in 2000. The end result is an elegantly finished and light-filled home with three bedrooms and a family bathroom on the first floor, with sash windows and plantation shutters. The white walls, clean uncluttered lines and light colour wood floor offer a slight Scandi twist which is no bad thing.

Downstairs the theme continues. Sash and bay windows and a period fireplace indicate the building’s architectural heritage, but those neutral tones have the desired calming effect. The kitchen is the star of the show really: a large, family room, fully equipped and hosting plenty of storage. The bay window, side window and patio doors allow the light to enter and bounce off the white, glossy kitchen units. The ground floor also has a guest WC and shower.

Green space junkies couldn't ask for a better location, previous tenants have often compared living here to the country with the tranquility it enjoys. The house is set at the end of a no-through-route for cars, mere yards from the entrance to Southwark Park. Not only do you have some of the area’s most uplifting parks to stroll or jog around, but you're only a short distance from Cafe Gallery in the park, founded by the Bermondsey Artists Group to host exhibitions for emerging UK talent in the arts scene.

And talking about green space, the garden is generous in size by central London standards and it is maintained by a gardener. The gardener comes every two weeks in spring, summer and autumn, and once a month in winter. It has an automatic sprinkling system so there's never any need for tenants to do any watering or maintenance - just enjoy it!

For more serious retail therapy, head over to the Surrey Quays shopping centre where, besides the fantastic shops, you can enjoy the cinema, bowling and The Printworks, a former factory that now hosts cultural and live events.

While the street itself is very quiet, you're still in the heart of South East London’s commuter belt with easy access to the City, particularly if cycling is your preferred mode of transport. Canada Water for the Jubilee Line to Borough, London Bridge and Canary Wharf and the London Overground services is only a few minutes on foot as is Surrey Quays station for London Overground services out to East and North London, with notable stops at Shadwell for the DLR and Shoreditch High Street for a walk to the Square Mile. 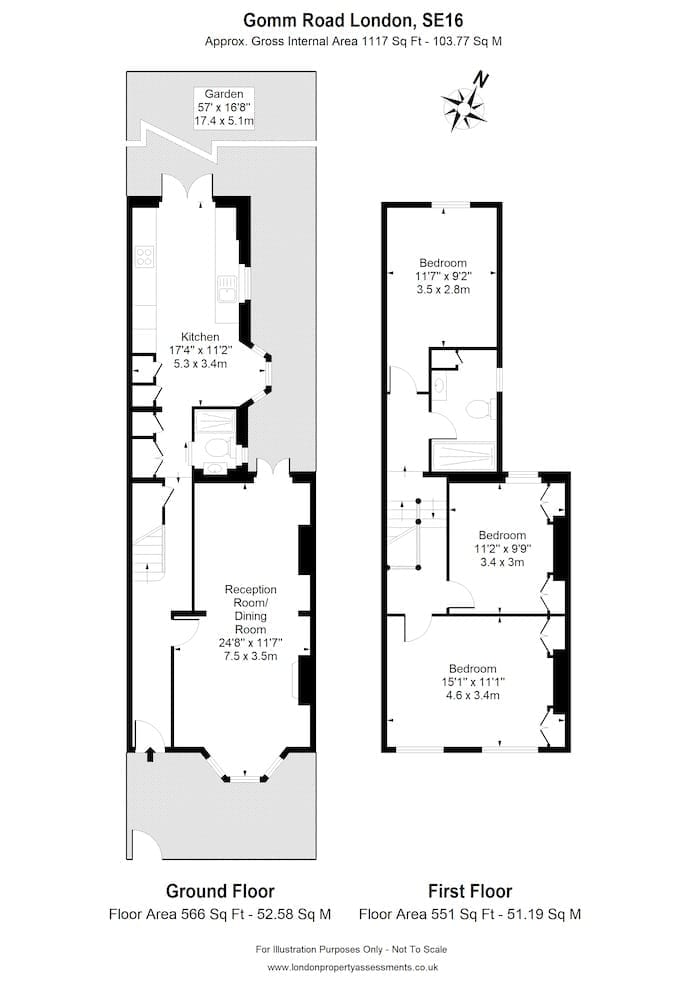