"This building used to be owned by Thames Water, the basement had water testing equipment in it". Once Pierre Hendrik arrived at Heathrow in the very early 80s, on the recommendation of a friendly cab driver, he made Ealing his home. "The Queen of the suburbs" stayed home for many, many years and the purchase of this property in 1984 allowed his business practices to accelerate.

The property has had many guises over the years. It's basically two huge floors over two levels and has an overall square footage to rival pretty substantial houses. But the point is it's a space that is adaptable and practical. From the street it has a unique, shop-like quality. But that's where the comparison ends. Step foot inside and the colour swatches that accompany the interior have a tinge of modernism, largely down to the fact that an old business partner was an accomplished 60s architect and it's a fitting tribute. The 90s saw it used as a groundbreaking conceptual architect studio cum retail shop selling high end design led furniture.

1999 saw the next change. It was converted into a flat with deliberate focus on living and working at home. Pretty ground breaking when it was East London who saw the bulk of the live/work scene. It was also down to Pierre’s study of occupational therapy and how working life could be woven into home life seamlessly. The layout works as well today as it did back then. You can aportion as much or as little as you like to living and working but the upper floor serves best as the work area whilst living very comfortably below.

Where the space really comes into its own is the supremely private and peaceful rear garden which has access from either level. The 35 year old cherry tree as its focal point was planted in celebration of an award won for the building. This beautifully crafted green area is no lucky mistake either. Pierre’s main business happens to be a global leader in blurring the outside and architecture by integrating nature into the built environment.

The short parade where this property sits in The Grove almost feels like a mini "scene" all on its own. The street itself has a village-like quality, very easy to forget you’re just an eight minute walk to the vibrancy of The Broadway and Ealing Broadway station hosting national rail service, London Overground and the Central and District tube lines. The food scene is eclectic with a range of world cuisine that's hard to beat anywhere in London. Heathrow is also very easy to reach, drop down to the M4 and an uber should whisk you there in around 25 mins (traffic depending of course).

There's no shortage of green space either. The property sits among some destination green spaces, Gunnersbury Park, Walpole Park and Hangers Hill Park being some of the most notable. 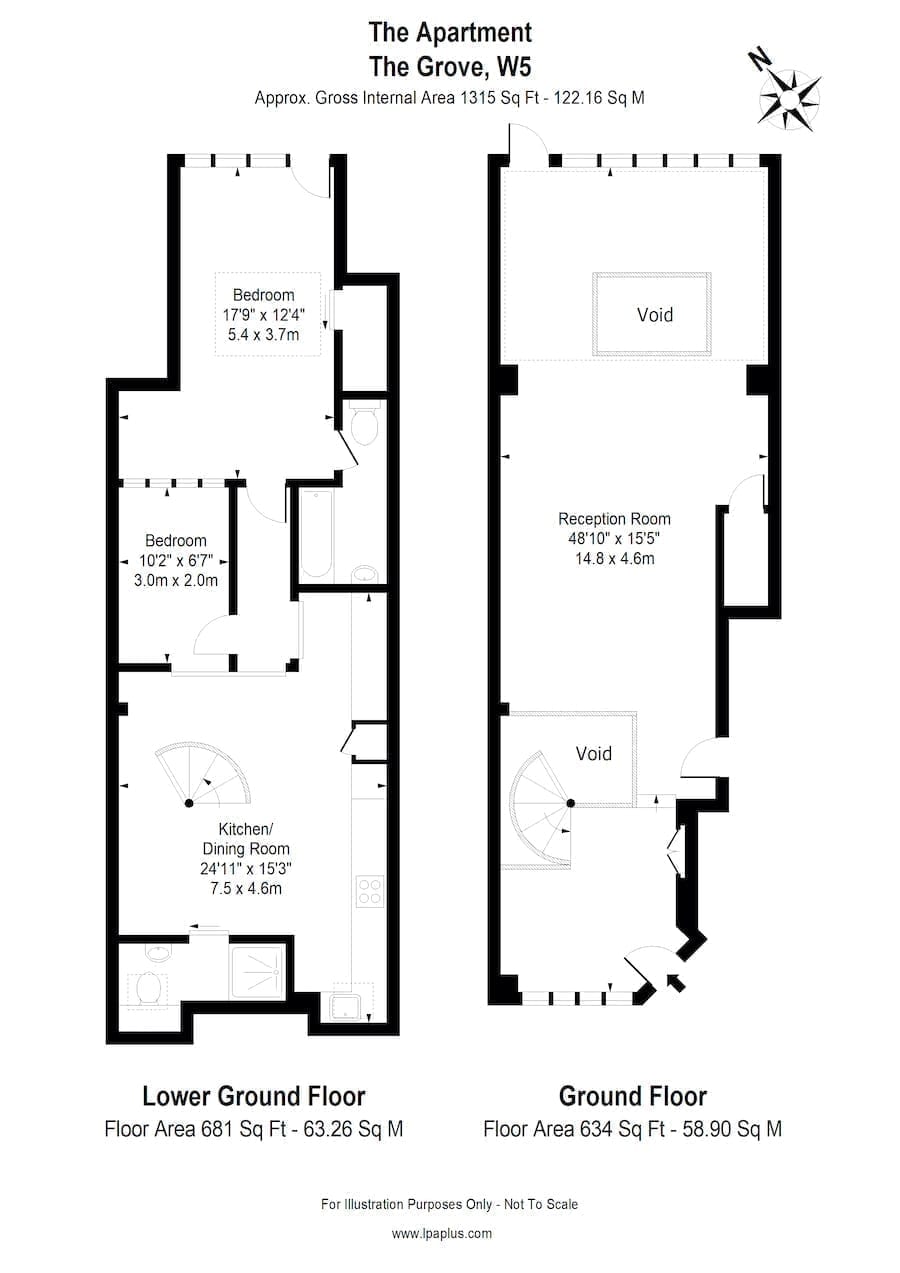