Classic Historic Flat In The Heart Of Bloomsbury

Classic Historic Flat In The Heart Of Bloomsbury

Hidden amongst the throng of Georgian squares of Bloomsbury is Mecklenburgh Street; this historic second floor flat dates from 1799 and forms a significant part of London History.

Mecklenburgh Square was aptly named after Charlotte of Mecklenburgh-Strelitz, the wife of reigning King George 3rd of the era. The square dates from 1792, but was not a formal garden initially as it was used as a brick manufacturing pit until the completion of the surrounding terraces. The area also forms part of the boundary of the former Foundling Hospital, which was the revolutionary children’s ‘hospital’ for the education of deserted young children.

A view of the garden can be seen from your living room and bedroom, nestled up high where you are not overlooked. The airy living room provides bright, high ceilings and leads into a fully equipped kitchen providing plenty of storage. The bedroom is tucked away just off the main space with big wardrobes so you are spoilt for storage.

A refurbished bathroom will be in order, with a walk-in shower instead of a bathtub, all finished in a Victorian modern style.

There is plenty of storage throughout, with two floor-ceiling cupboards in the hallway, in addition to a secret cubby-hole with a door leading directly through to the bedroom!

Bloomsbury is a quaint town in the hub of old school London, with shops bars and boutiques aplenty. Consider the Brunswick Centre as your local high street, with Waitrose, Boots and all the essential shops you need.

Lamb’s Conduit Street is also a local’s favourite, with The Lamb and The Perseverance highly recommended.

Russell Square & Kings Cross stations are 10 minutes away, providing every form of transport you should need, including Eurostar and national rail to the North of England. The City is also a bus ride away in addition to numerous safe cycling routes to take into town. 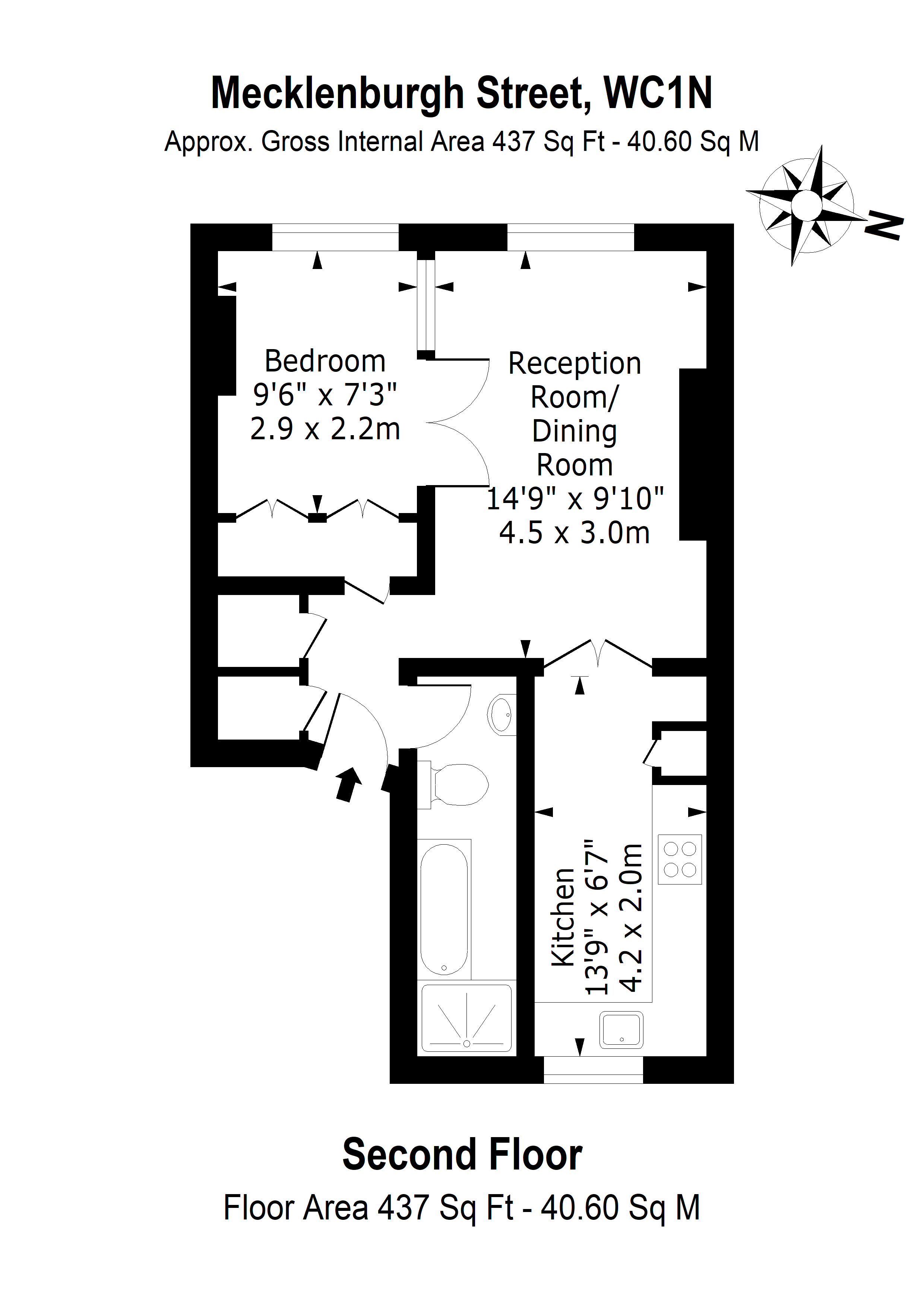