The current owner’s property journey really started on the other side of the world. With careers that carried them to many corners of the globe, they experienced lots of different ways of living, which gave them real insight into what they wanted from a home when they eventually returned to the UK.

Open plan living was a given – that, and at least three bedrooms. As they were flexible on price and location, finding a home that worked for them was pretty easy, especially when their search headed towards an emerging quarter of East London.

This penthouse loft with three bedrooms ticked pretty much all the boxes. It’s an industrial space of around 1,400 square feet over two levels with the open-plan living space retaining as much of the original feel as possible.

Limehouse Cut or, “Spratts Factory” as it’s also known, is a gated cluster of imposing Victorian warehouses that were originally a pet food factory. Decommissioned and converted to one of London’s first warehouse developments in the 80’s, it was primarily aimed at artists and it’s a testimony to the scheme that some of the original residents still live here and it’s lost none of its creative vibe.

Once in, work quickly set about bringing the space up to exacting standards. There’s a new kitchen and bathrooms and re-decoration throughout, resulting in a bright space that nevertheless connects with the heritage of the space, enhancing its industrial roots, particularly across the floors and vaulted, wood-beamed roof line. The bedroom suite bears more than a passing resemblance to a high end boutique hotel suite and is clearly a nod to the various places they stayed in during their travels.  One significant bonus is the double glazed windows that the apartment benefits from, in fact one of very few properties that has due to its original status as a show apartment. This also extents to the loading doors which open out to a generous private balcony.

Whilst this home is more than capable of accommodating a work room/office set-up, it’s very well connected to both central London and Canary Wharf. Hop on the DLR at Langdon Park (just a few minutes on foot) and reach both in around 5 to 15 minutes. Head in the other direction and Stratford International takes care of routes to many corners of the country, Central Line Tube, London Overground as well as across the border in to France and beyond.

Another thing that has been a real bonus is the rise of cosmopolitan life in the time the owners have been here. “There wasn’t a lot happening when we first moved here and cafe culture lifestyle was limited, but there are now nicely established coffee shops and bakeries popping up everywhere; our new favourite is the bagel shop next to the station.”

The apartment comes complete with secure off-street parking and is chain free. 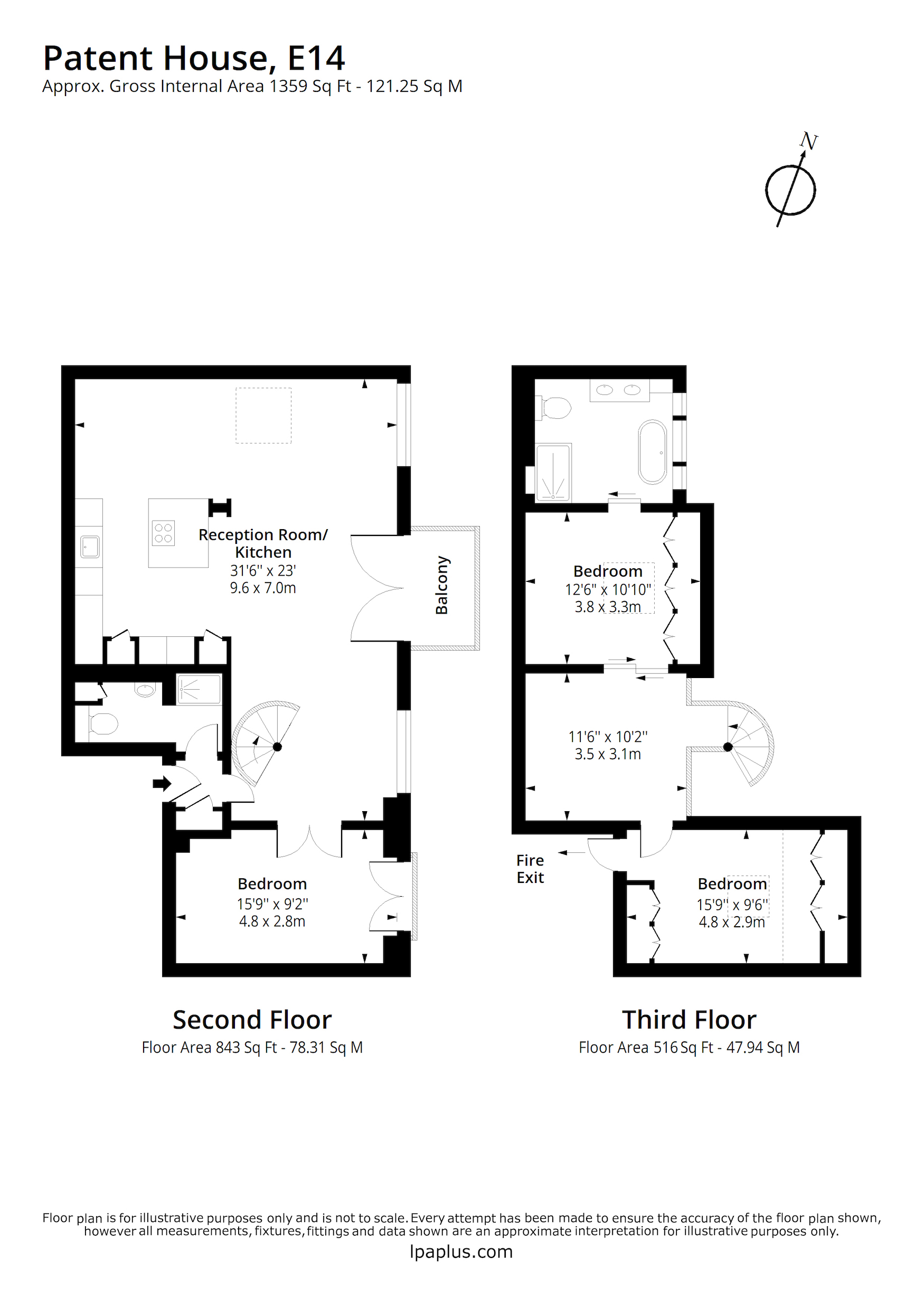