Langham Road crosses the area that has taken its name from one of the manors of Tottenham “Duckett’s”, with the first settlements recorded as early as the late 13th century. Agriculture was the principle activity in the area for centuries after, until a few houses sprang up alongside the green, before the Victorians developed the area.

As you enter, the first thing you notice is the underfloor heating warming your feet. A bright, naturally lit hallway leads into a double reception room, created to give maximum light & space. As the epicentre of this family home, separate living & dining areas allow for entertaining & relaxing in equal measure. Original double doors provide access to the side return.

Through to the thoroughly modern kitchen, you’ll find fully integrated appliances, neutral decor and an uninterrupted view of the garden. Bi-fold doors lead out to the landscaped garden; the perfect place to wile away a summer evening. And with only your neighbours either side, you are not overlooked by anyone creating a secluded oasis all to yourself.

In the hall, a generous storage cupboard is at the bottom the stairs to the first of three bedrooms Currently set-up as child's room, this double bedroom has a leafy view of the garden.

Next to this bedroom is a family bathroom which has been finished in fine patterned stone tiles, complete with underfloor heating.

Further along the corridor, bedroom number two is a generous double which also looks out to the garden.

The principal bedroom is a fabulous, full width double with built-in wardrobes  giving ample storage, either side of the chimney breast.

There’s also loft storage above the hallway, perfect for those bigger items that need hiding away. There is potential to extend here another floor, to add 2 bedrooms and bathroom (SSTP).

Langham Road is the premier road in Duckett’s Green, with an unspoiled line of well preserved Victorian houses – a rare find in this part of town. It’s close to Downhills Park, a beautiful public space with a popular cafe & formal 19th-Century Italian sculpted gardens.

West Green Road is your local high street, complete with Tesco, Sainsbury’s and local independent shops for all your daily needs. Wood Green Shopping Centre is also close by, with a choice of bigger supermarkets, cinema & retail.

There is also 'Tottenham Green Artisan Market' every third Sunday of the month, a local event that celebrates the diverse range of street food, drink, crafts & vintage for N15.

Best local pubs include The Salisbury, which still retains its original Victorian bar divides and entrance – perfect for a casual drink - and True Craft, a newly restored boozer with arguably the best pizza's in North London.

Transport links are also good; Turnpike Lane on the Piccadilly Line is only eight minutes’ walk away and is only two stops to Finsbury Park for the Victoria Line and mainline rail to Moorgate and King’s Cross. 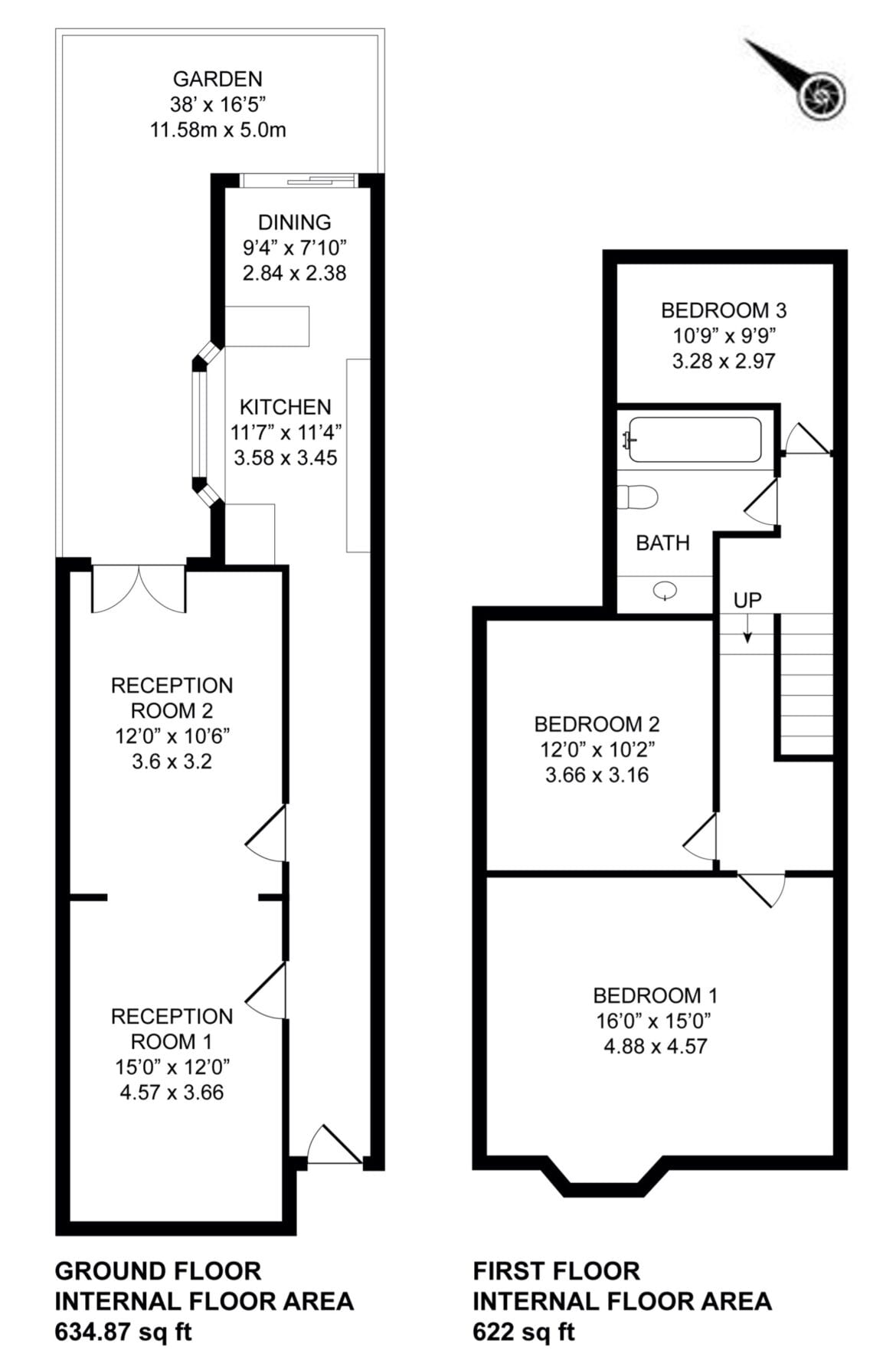