Around 3,400 square feet of completely open plan, live/work, raw warehouse space in a prime position at the top of a beautiful stand-alone Victorian building in Bermondsey.

This is a really significant property that has been owned by the same family for the past 32 years; it has been a workspace, creative hub, company HQ & party pad, but most of all it has been a warm, welcoming family home.

Madeleine discovered it when Bermondsey did not quite have the same appeal that it does these days but, being a creative and a visionary, she immediately grasped what it could be and an agreement was struck with its previous owner who had been a pioneer of the evolving “live/work” scene since 1982.

“I stood on one of the terraces, staring towards the City skyline and knew we had to have it”, says Madeleine.

The transition from east London to SE1 was pretty seamless and life continued. Work and home life found a lovely balance, while the emerging arts scene was developing all around along with the huge transport improvements, in particular the re-development of London Bridge Station. It is only a few minutes’ walk away and is now one of London’s biggest transport hubs for both leaving the capital and moving around it.

The apartment itself is a beautiful embodiment of industrial aesthetic, every single square foot of the huge lateral space nods to its factory roots.

At the top of the short flight of communal stairs, the front door opens onto a private staircase that leads up one more level to a small landing. From here, step into the huge main reception, where the vast wooden floored living space really opens up. It is wrapped in old, exposed brickwork, warehouse windows and loading doors and topped by a vaulted timber roof with skylights.

One more level up is the mezzanine which has almost panoramic views of the room below and has been a favourite spot for DJs to play from during some of the legendary parties that have been hosted here. Further back from the mezzanine is even more space plus a bathroom and two of the surprisingly secluded roof terraces with views towards the City, the Shard and overlooking the tranquil Leathermarket Gardens.

Back at the entrance landing, a left turn takes you into an apparently different apartment altogether. It is actually part of the top floor which is currently being used as a self-contained creative studio, but it could easily be brought back into the main floor. It is bright and airy with whitewashed brickwork, oversized warehouse windows and time-worn timber floors with its own kitchen and shower room all  having the industrial feel of the neighbouring space.

As the streets of London become less car friendly, it is good to know that Tyers Gate is so central you are unlikely to need a vehicle to get about. If it is too far to walk or cycle, there’s an extensive tube, bus and train network just round the corner: the Northern and Jubilee lines are at London Bridge as well as South Eastern, Southern and Thameslink rail services. You can also walk across to the City at London Bridge or stroll through Borough Market and along the Southbank to Waterloo Bridge and the West End.

In the end though, what makes this such an incredible place to be is the sheer number of social haunts at your disposal. The number of coffee shops, bars, pubs & restaurants continues to grow, as well as street food venues like Vinegar Yard and the food markets at Borough.

Finally, it is worth noting that this exceptional space is a favourite for film and photography shoots – something that can be continued under new ownership. 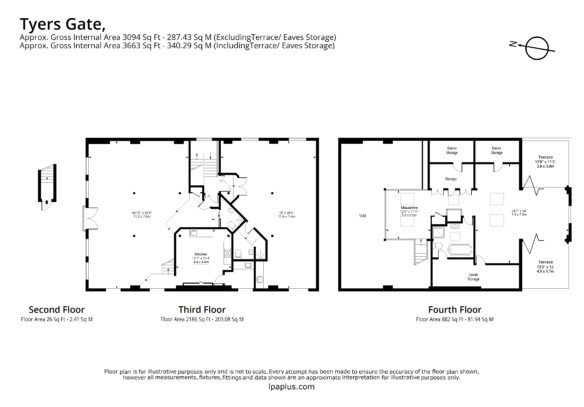