"My father was an engineer". Alex, the late owner's son, expands on how this distinctive house came to be in leafy Chislehurst, part of South East London's commuter belt.

"He'd spent a large part of his life in Southern Germany and fell in love with the architecture. After securing the lodge in 1981 he began the redevelopment into something that suited his needs".

His father's interest in architecture also yielded facts about the site's history as a pheasant lodge, and then as a coaching inn that catered to travellers between South East London and Petts Wood (a short distance into Kent from Holly Lodge).

"The Bavarian-style home now standing here was designed by him; not just the external look, but also inside. His engineering experience helped to produce an interior that's largely open plan to accommodate sizeable furniture, but also with ceilings high enough to display his extensive art collection (another passion). He wanted an environment that could hold large pieces".

The home sits on a generous plot that's wrapped by three outdoor areas and bordered by a high wall, creating a very private property. There's a hint of Spanish finca here too: passing through the gated entrance, you reach the handsome timber front door with its squared & covered stucco pediment, tiled step and mature wisteria dressing, while a side door gives a second easy access to the house, this time directly into the kitchen.

Lush mediterranean-style planting is scattered around: overall there are one hundred trees planted, and the back garden is a delight and will appeal to even the most serious horticulturalist.

Inside, the sociable ground floor really works well and has been brought up-to-date to accommodate either a growing family, or downsizers who don't want to overly compromise on the loss of space.

The family-size kitchen is fully fitted with an impressive amount of storage where the black granite countertops work well with the joinery and glass splashback: it's all very easy on the eye, and very simple to maintain.

The huge central living space dominates - in a good way - much of the ground floor with very useable space that's divided into three key areas: a living room, a recessed dining area, and a second sitting area with a bank of glazed doors that open out to the garden. The double glazed rounded circular arched hardwood windows complement the mixture of parquet and engineered wood flooring. There's also two bedrooms and bathroom on this floor, both accessed from the hallway.

Upstairs, the unique experience continues. It's pretty hard to pin down a single style, but it definitely reflects an appreciation of brutal modernism and art deco. Stern, grey exposed brickwork is met with wonderful stained glass that climbs up to the top of the vaulted roof line, accompanied by iron stair balustrades and inlaid stained glass complementing the larger panels.

The first floor feels like a self-contained apartment of its own, with the huge landing space used more as if it were a reception room, or home office. As well as a second bathroom, there are two additional bedrooms, with the principle room spanning the entire width of the house and also featuring vaulted ceilings. With so much space up here, you could easily reconfigure to add at least two more bedrooms.

There's plenty of parking too, you'll get at least two cars on the gated drive tandem style and if you need more, the rear garden gates open up to allow more on.

Head out to the wider area and you'll soon understand why this leafy corner of the London Borough of Bromley is so desirable. Petts Wood station is the closest from where Southeastern runs an extensive service in to Cannon Street, Charing Cross, Victoria and London Bridge, all with around 20 to 30 mins journey time. Head to Bromley South and change for the Thameslink services to the City, North London and out to Luton Airport. Change at Lewisham for the DLR to Canary Wharf and Stratford, or at New Cross for the Overground to Shoreditch.

The local road network is excellent with the A102 at Kidbrooke leading to the Blackwall Tunnel for East London and beyond. The M25 is a short drive through Orpington, and, along with the A21, provides your gateway to coast and countryside.

Closer to home, you're spoilt for choice when deciding where to eat and drink. Royal Parade & Chislehurst High Street have a wide range of haunts including the Bulls Head Hotel for a laidback Sunday drink, The Bank wine bar, Côte for brunch, or the recently-opened Joelle's for coffee and croissants.

Petts Wood has an equally impressive scene with Mexican, Italian and award-winning Indian food. It's also home to the Daylight Inn that gained its name from William Willet, a Chislehurst resident who came up with the idea of daylight saving by bringing the clocks forward in winter.

Bromley has long been quoted as "The Green Borough", and living here validates the point perfectly. On the doorstep are a huge number of fabulous circular walks, with Hawkwood and Scadbury Park taking up hundreds of acres where you can while away hours in tranquil leafy surroundings. While you're there, keep reminding yourself that you're less than 15 miles from Central London.

Excellent schools, both state and private, are another huge bonus of living in the area and include Eltham College, Colfes, Bromley High and Babington House, all within a short drive. 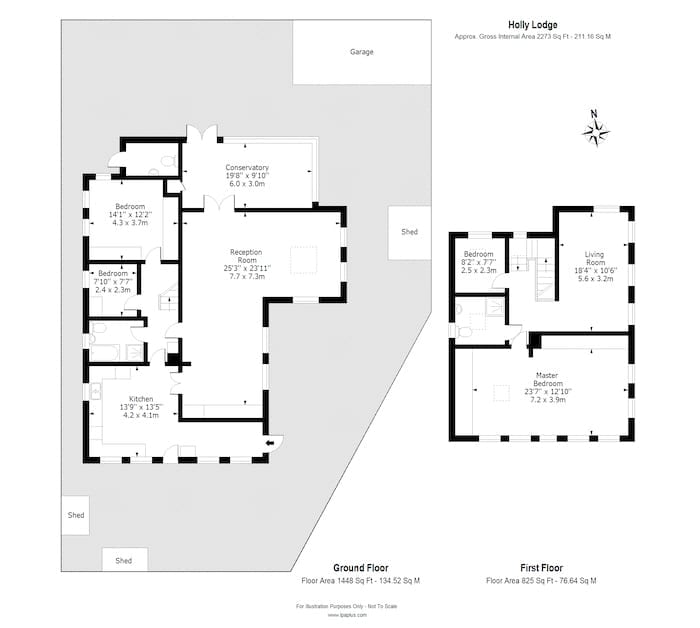