This arresting two bedroom duplex loft with an unusually historic flavour is converted from a formidable Victorian Gothic edifice:  originally an orphanage and later a nursing home for World War One soldiers.

After many forgotten years, the building was ressurected in the 1980s as a pioneering mixed-use development of dramatic lofts, studios, workshops, a drama school and Le Gothique, London's very first gastro pub: so you don't have far to go for a pint or dinner!

Found on the second floor, the apartment has been thoroughly transformed since its initial conversion and now combines a sleek and airy contemporary specification with painstakingly restored features, not not least the original mullion windows whose stonework has been lovingly revealed by the current owners.

The standard formula of a glitzy lobby has been eschewed in favour multiple entry points dotted around the building's perimeter, meaning this apartment shares communal space with just one other.

Step into the entrance hall and the open tread staircase encased in glass allows natural light to pour through from the double-height central living space with its sleek and glossy open-plan kitchen and sociable breakfast bar. Hovering overhead on a glazed mezzanine is the primary bedroom with its own shower room.

Also leading off the entrance hall are another shower room and the second bedroom which has its own duplex arrangement including a staircase to a sleeping area. The two-storey nature of the room and its location away from the main living space give it the perfect qualities for a home workspace or practice room to receive clients, unless of course you decide to copy the existing owners and use it as a convivial dining room.

The apartment comes with a parking space and has use of the central courtyard which makes a fine place to sit: the grand architecture and screening trees creating a pleasing backdrop.

With a location on the edge of beautiful Wandsworth Common and its charming Skylark Cafe, the building is within walking distance of Bellevue Road and Northcote Road, each with its own thriving scene of independent places to eat, drink and shop, from coffee to cocktails and from breakfast to bedtime. Favourites include The Hope, The Althorp and The Bolingbroke as well as the longstanding local treasure, Chez Bruce.

Clapham Junction station will take you – or connect you – to pretty much anywhere  from its 17 platforms of National Rail and London Overground lines: just one stop from Victoria and two from Waterloo, there are fast trains to Gatwick, Brighton and most of Surrey and Sussex, plus north through Watford Junction for connections to Birmingham and beyond.

And for some retail and leisure relief, Southside in Wandsworth is London's fifth largest mall with over 90 stores, 2 gyms and a Cineworld multiplex. 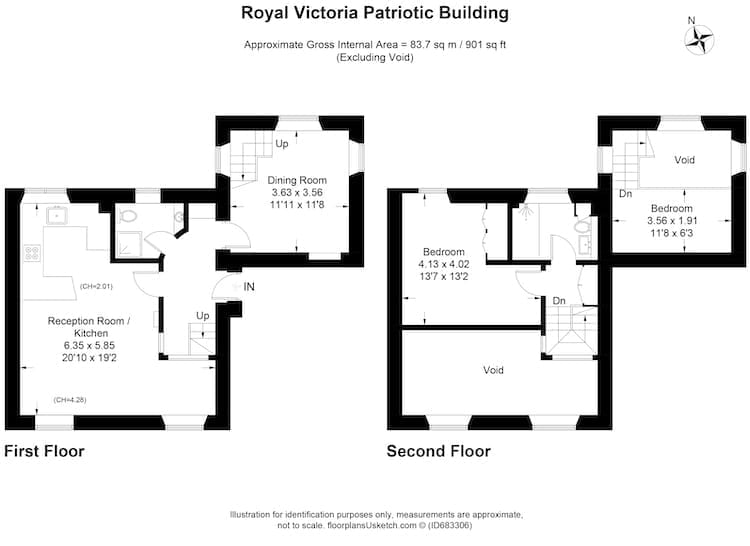