“We’d never been anywhere near Blackheath before” says the owner of this complete one-off residence in South East London. "W1 had been our home for 14 years, but we ventured across the the river for a look and within six paces of being inside the front door, we knew it was the one".
"It" is affectionately known as “Manor House” among family and friends, partly due to the nearby Manor House Gardens park, but mainly because it’s completely hidden from view behind a sturdy set of electric gates which, once you’re through, convey a sense of having 'arrived'.
The house was created by furniture designer Michael Kemp for his own use and really is an uncompromising space. It's arranged across a single level and in a 3/4 doughnut shape (quoting the owner here), and gives off the air of Mediterranean villa meets James Bond villain lair.
So, sat under a natural grass roof sits a very practical home with three bedrooms, two bathrooms, an open-plan dining kitchen & formal living room, all of which seamlessly flow around floor-to-ceiling glass doors that face into an exquisite central courtyard with an adjoining walled garden. Calling this area a sun trap really doesn’t do it justice: plant yourself in any corner during the day and you’ll be soaking up the rays.
With working from home becoming the new norm these days, the final room in this epic house will be the icing on the cake for anyone so inclined. Whether it's for creativity or pure office functionality,  the former workshop at one the side of the house could accommodate a small empire beneath its voluminous ceiling height and generous sq ft. There's also private access and self-contained cloakroom/wc, so the perfect backdrop to run a business while keeping the entrepreneurial balance very much in check.
Eclectic styling features in every area, from Italian renaissance overtones in the entrance hall, to touches of modernism in one of the master bedrooms and culminating in an Art Deco-inspired solid wood floor in the main living space.
At the front of house and at the end of a long driveway, there's enough room for three cars to be parked off road. The owner has also taken the trouble to install a electric charging point for cars.
The house is a well-kept secret hideaway, but should you want to venture out, it's well connected to some of South East London's premier spots for socialising as well as Central London. Head to Blackheath Village for some old-school and contemporary dining and drinking, or to Greenwich for a more alternative vibe, and to the green open spaces that are sandwiched in between, like Greenwich Park and Blackheath.
Or try out Hither Green's emerging scene including the almost legendary You Don't Bring Me Flowers cafe; the newly opened Sapore Vero pizza joint (swapping its much loved food truck for a permanent home); and, our particular favourite, The Station Hotel, with its all day dining.
Transport connections are all around you with train stations at Blackheath, Greenwich and Hither Green, along with Lewisham's rail/DLR interchange and an abundance of bus routes on nearby Lee High Road. 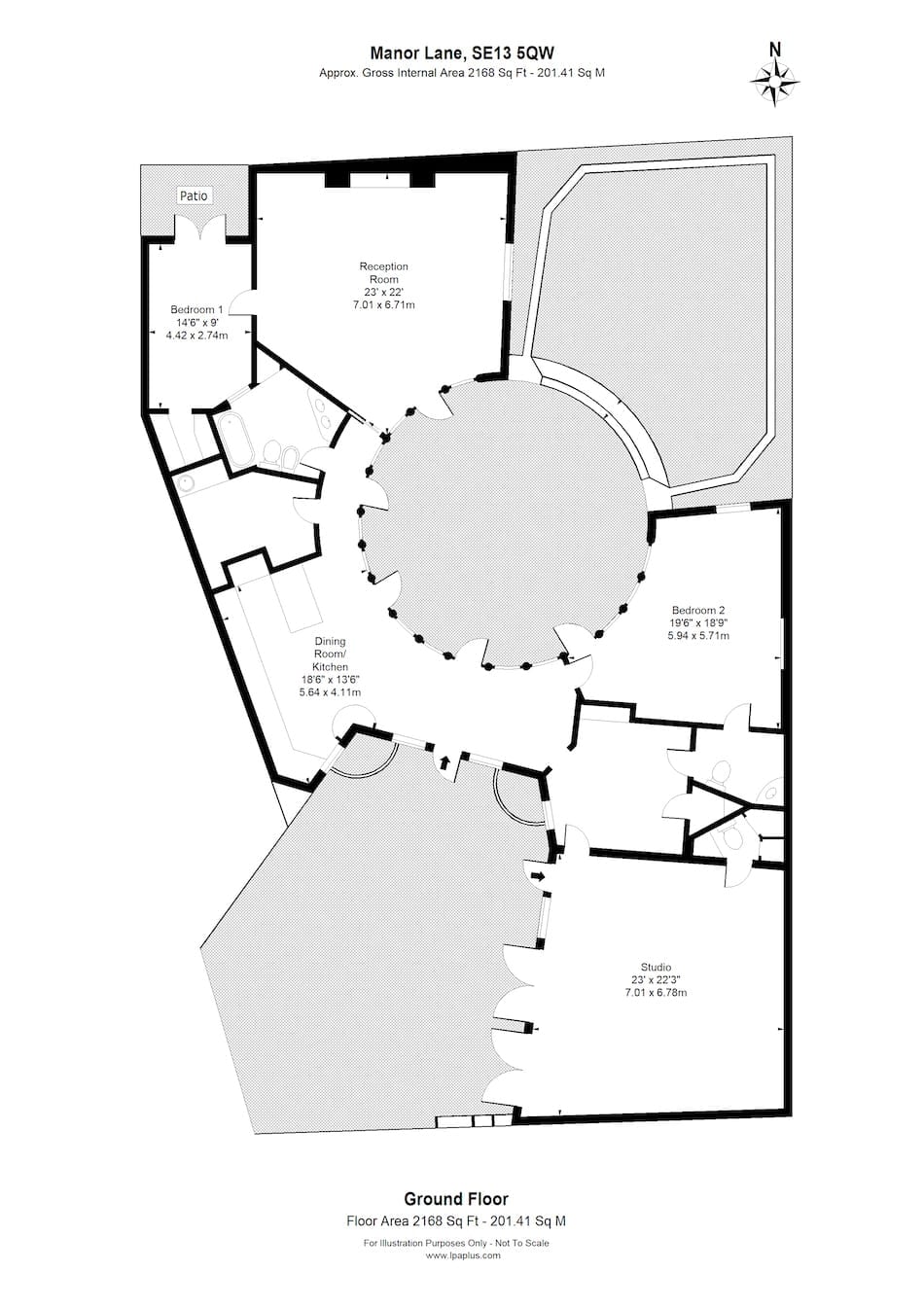