The history
Once known as the Abiding Place before it was renamed The Governor’s House, this gorgeous grade II listed home has so much history surrounding it, you could write a book about it and its links to New Romney.
The house was originally deeded by merchant John Southland as long ago as 1610 but was originally built before this and put in trust by one of many governors of the area, one Jonas Adams, who opened it as a school teaching just two children.
John Southland also owned and deeded the four alms-houses at the other end of New Romney and generously left them all to the town of New Romney, including his precious Governor’s House, which was subsequently sold with the proceeds going to Southland School. The house is listed for its special architectural and historic interest.

The location
The location of the Governor’s House is quiet enough to make you feel as if you are in the middle of nowhere; far from it. Minutes from New Romney high street, it is also close to Littlestone golf course, while the sea is just a short drive away, as is Dungeness.
The peace and tranquillity that this town offers is quite something, yet the high street has everything you need, from Savage’s greengrocer to the delectable bakery – which arguably has some of the nicest bread and cakes you will ever taste.
The wider area has even more to offer, like the famous Romney, Hythe and Dymchurch railway, one of Kent’s top attractions, while Romney Marsh, another landmark, is so picturesque you could spend hours exploring fields and countryside without seeing it all.

The house
As you enter, you are greeted by an inglenook fireplace in a bright, open, room that makes a welcoming first impression.
What was once a classroom room is now a generous dining room with another original fireplace. The fully fitted bespoke kitchen, which looks out to the Yorkstone paved yard, boasts a range cooker and a walk-in pantry with fridge freezer. Stone-effect floor tiles are in keeping with the history of the room, but also add a modern twist. Next to the kitchen are the cloakroom and boiler room, where you will also find the electrical consumer unit.
The living room really is lovely; beautiful honey-tone herringbone parquet with original sash windows mean it is light as well as cosy, while the restored shutters seem as if they had just been made. On a slightly lower level is a study.
This part is a later extension to the original house and boasts beautiful bay windows with French doors that lead out to the sunny garden. A solid oak staircase leads up to the bedrooms: to the left the master bedroom is large, light and looks out over both street and garden. Across the hall is another slightly smaller second bedroom, while to the rear is bedroom number three. Next to this is the modern bathroom with walk-in shower. Finally there is an open staircase up to the room in the eaves of the house which is recently restored and used as a games room.

The addition
Above the garage is a neat conversion that is nicely in keeping with the rest of the house, with two rooms that could serve as guest accommodation, gym, art studio or even the now essential home office.
Outside, there is a small, sunny roof terrace, while just below you will find a convenient outside loo.
All in all, this is an historic home that has been sensitively modernised but always maintains its character and charm.
The Governor’s House is available with no onward chain. 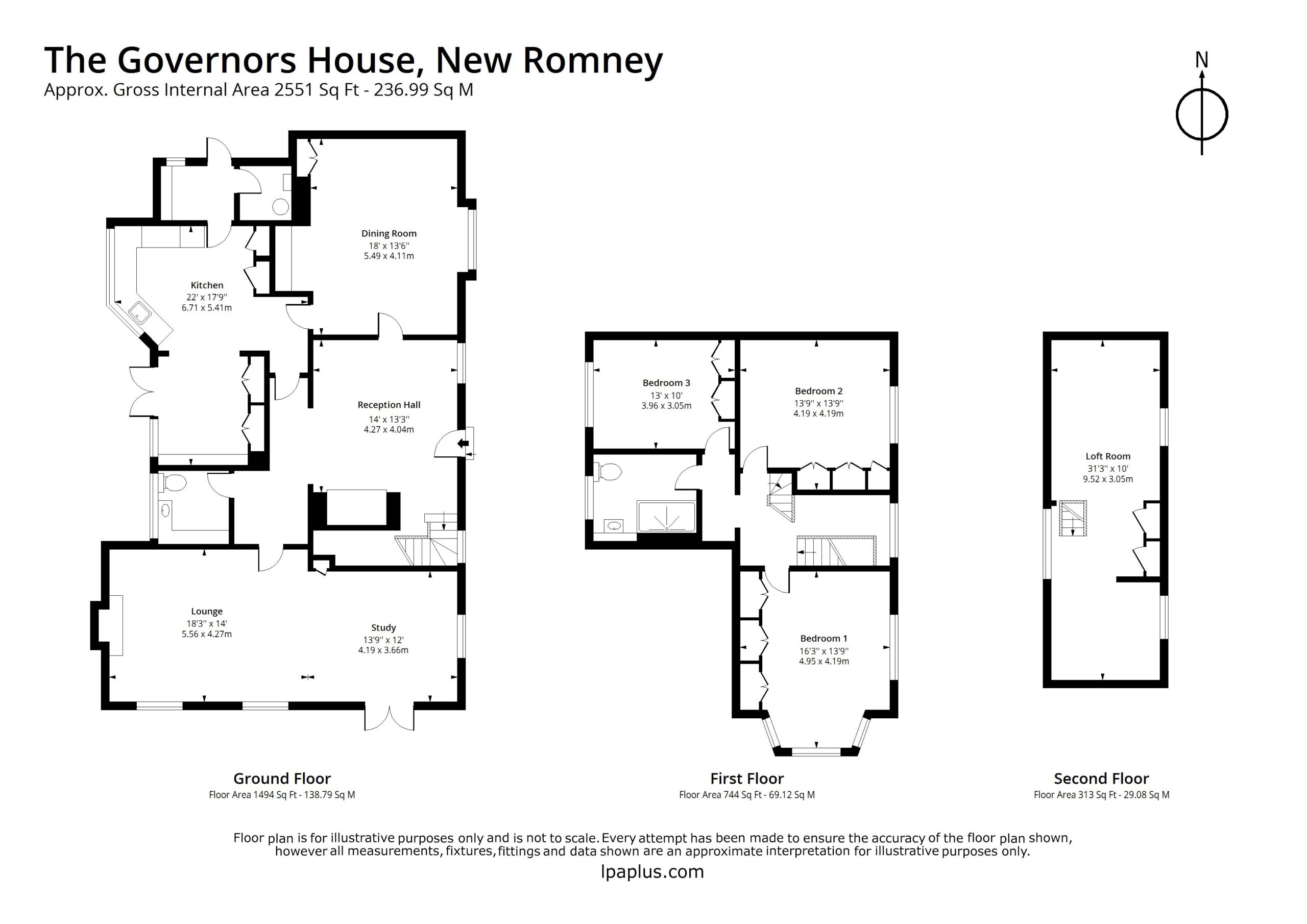