The charm and character were very well hidden back in 1994 when Ms C and her family first acquired Fawler Cottage, having decided to leave Highgate and head out to live closer to relatives. Not only was the house in a dire state, it had completely the wrong name, but they instantly knew it was The One. On further investigation they discovered its original name – The Salt Box – so a re-naming was in order, along with some huge renovation challenges that they eventually overcame. One measure of their success in this endeavour was a local authority award for an outstandingly sympathetic conversion of the garage block into a residential wing.

The house, which dates from 1702, is believed to be a former laundry. It is very easy on the eye, wrapped completely in white painted weatherboarding set back from the road, with a central path flanked by mare and well-tended greenery. Happily, the original nature of the exterior is also evident in much of the interior. For such a large house, at around 3,000 square feet, it flows very well and there’s little wasted space. Across the ground floor much of the reception space and hallway are connected and the result is a wonderfully sociable environment.

After the painstaking renovation of the large reception room (which was formally a greenhouse) it is no wonder it is one of the most loved rooms in the house; just finding the roof tiles to match those of the original house was a task in itself.

On the other side of this impressive home, the re-developed wing comprises two very nice double bedrooms, a family bathroom, huge utility / store room and another room which could be a gym, yoga studio or generous office with room for quite a few members of staff.

Upstairs, via the beautiful old timber door and staircase, are bedrooms that share another family bathroom. With a little work, one of these rooms could be easily converted into two, whilst the main bedroom has an adjoining space that could easily become a walk-in dressing room.

Of course, no historic home would be complete with the obligatory cellar. A delightfully rustic door in the kitchen opens up to reveal a staircase down to the subterranean room that would not look out of place stuffed with wine.

The charms of the house are by no means limited to the inside. Just outside the kitchen is a very pretty out-building with a small ‘gardeners WC’ beside it, still in full working order. Across the lawn is wall built with reclaimed London stocks with a gate at its centre, opening onto a secret garden with a patio its own private stretch of stream lapping alongside – very zen.

Whist the surrounding area has a distinctly village feel, the commute to London is more than bearable. Thames Ditton or Surbiton stations are both within walking distance and will take you to Waterloo in around half an hour.

Some of the region’s finest schools are all within easy reach, from nursery through to secondary.

Heading out for anything from a coffee to a movie is also well catered for: The French Table in Thames Ditton is a particular favourite of the owner, while Esher High Street is only a mile away and has some exceptional social haunts, including its own Everyman Cinema.

The house is also close to some scenic river side walks along the Thames. 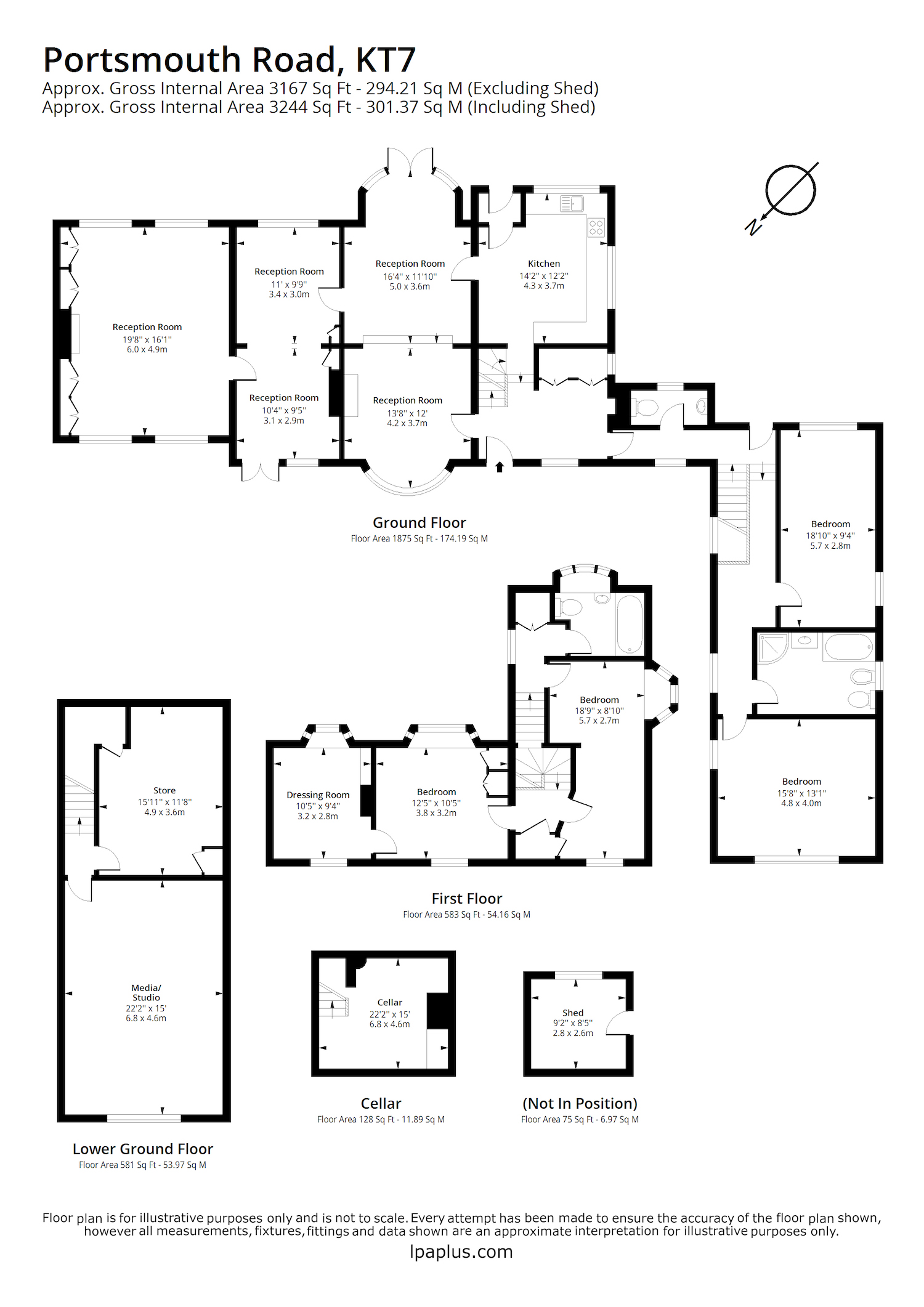