"I was a bit concerned that leaving city life behind to live a slightly more suburban existence was going to be a challenge, but I needn't have worried", Ms F recalls. "We may be in a village next to the Broads and nature reserves, but the train station is two minutes walk and just one stop to Norwich. So we get the best of both worlds: quiet and serene surroundings, but a city fix whenever the mood takes us".

It's easy to see how the owners were charmed by this exceptional side of Norfolk, and the idea of living above the treeline in a unique, converted Victorian water tower added to the appeal. Decommissioned in the 1950s, the building had been reasonably well updated by the previous sellers who picked it up in the 60s, but was nonetheless ready for a dose of modern love, and that where the current owners come. Taking on the project  with the normal blood, sweat and tears that ensued, they added an extra bedroom and carved out a wonderfully warm and welcoming family home.

With several levels of living it lends itself very well to multi-generational occupation. One thing the owners wanted was a floor that could be self-contained, so the ground floor – entered via a stunning reclaimed Deco front door that used be the entrance for the Norwich Union building in the city – opens in to an entrance hall with two bedrooms, shower room and utility, easily converted to self-contained space for an elderly relative or teenager that needs tucking out of the way.

Head up the the wooden stairwell with a hint of nauticality and you arrive at three more bedrooms, all with neutral tones, sharing an equally impressive family bathroom.

Up to the next level and into the living space; Ms F's most favourite room. In fact its all the room you'll need: a supremely comfortable space with a designer kitchen, dining area and living space all shoulder to shoulder. It  works really well with stunning leafy views through the large picture windows.

Lastly, and by no means least, to the top floor, and a very special room. It's a bit of a man den at the moment, but would make a wonderful a creative space, a formal dining/living space or just somewhere to sit and contemplate. The views here are outstanding, especially from the enclosed balcony: a truly-year round room that the weather can't spoil.

It's worth noting that with the normal planning route, you could push further up and create a vast roof terrace. It's something the owners have thought about, but busy lives and work took over so they didn't get round to it. There's still a very nice size garden to lounge around in during those summer days.

The tower really is something of a lifestyle purchase, particularly suited to those with a passion for the outdoors. It's perfect walking, cycling and running territory, from the local, quiet roads on a bike to the walking around Buckingham woods. The River Yare is just a few moments on foot with some lovely waterside walks, but if you really want to immerse yourself, head to nearby Postwick and launch a kayak!

Once you're done with the energetic stuff, there's plenty of remarkable food within easy reach. The Kings Head pub serves Thai; Casa Mia turns out some amazing wood-fired pizzas; or mosey on down to the East Hill Cafe & Bistro and rub shoulders with the boaters who regularly moor up for a spot of brunch. Brundall also hosts not one but two Co-Ops, a fish'n'chip shop, hardware store and the locally tended Brundall Countryside Park.

The transport links are superb. Brundall Gardens station is just one stop - 10 mins - from historic and busy Norwich from where a train to Liverpool Street takes around 1 hour 50, which means you can leave the car at home whenever the city calls.

So, where next for the owners: are they returning to the metropolis? Absolutely not. The country life has proved itself way too good. 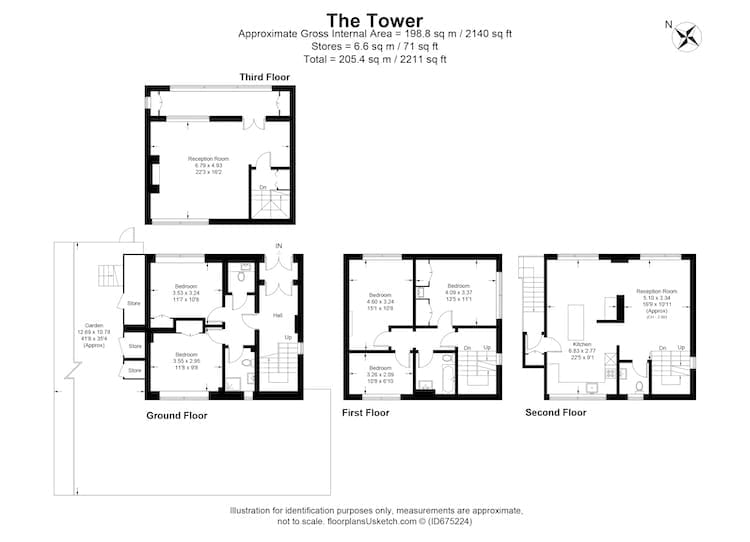