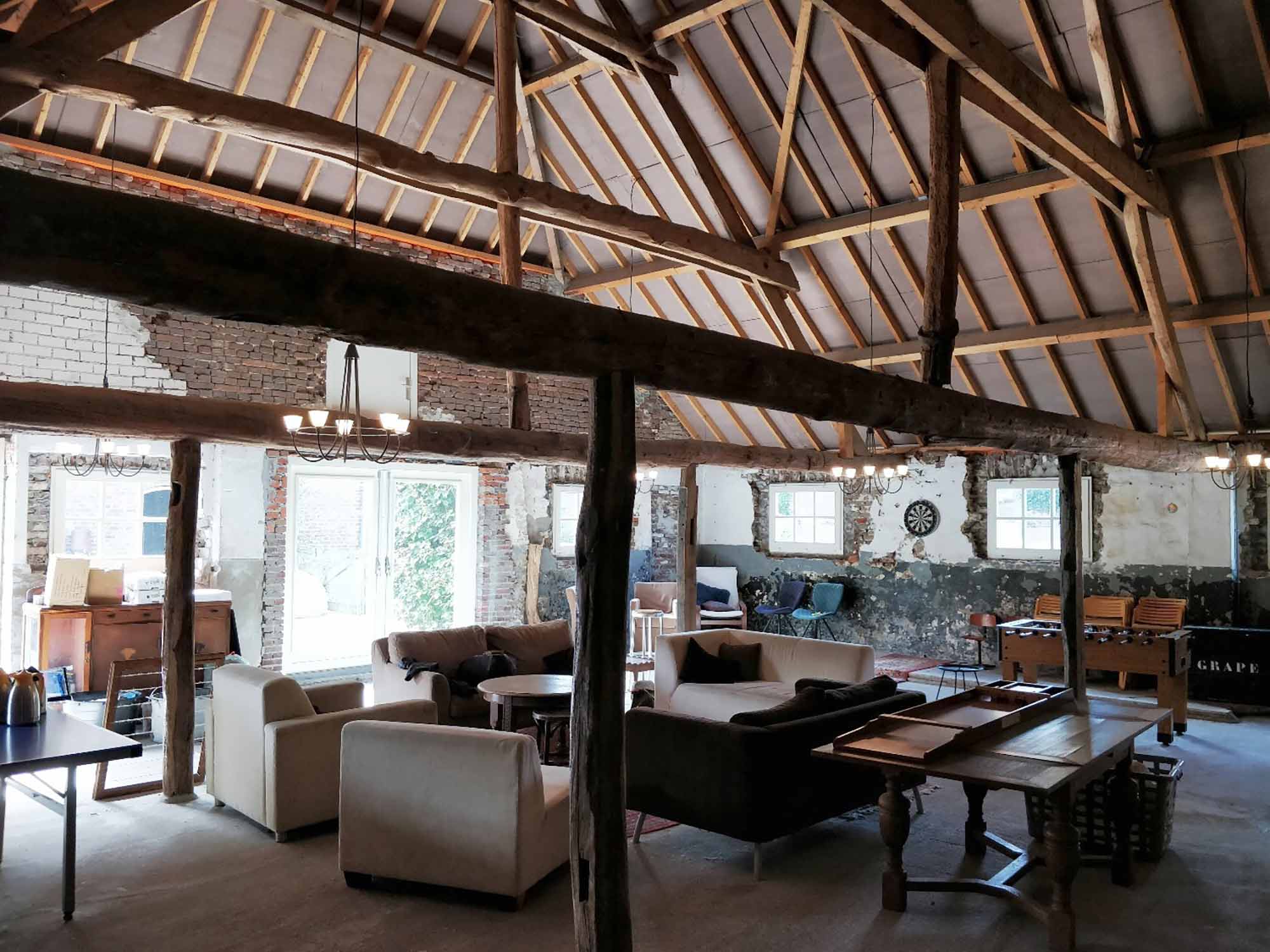 Passions flare at a Dutch wedding.

One of the afflictions of being an estate agent is that, wherever you go in the world, you can’t stop eyeing the potential of the buildings you visit. It really doesn’t matter what they are or where they are; within minutes you’re mentally placing your furniture.

It happened to me this weekend at the wedding of some Dutch friends in The Netherlands. They’d rented an old farm and outbuildings and asked a bunch of us to arrive a day before the ceremony to help set the place up.

I’m not usually a fan of villages but I did find myself charmed by Geijsteren, partly for its lovingly maintained historic houses but mainly because of its café: sitting on the terrace enjoying bitterballen, decent chips and cherry beers took me right back to when I lived in Amsterdam, although, alas, without the canals. You can’t have everything.

Despite being in the Limburg region, the only hilly bit of The Netherlands, the area around the Geisjsteren is decidedly flat, with grazing cows aplenty and nursery fields of bright orange flowers (I don’t know what they were, but they weren’t tulips). Walking the happy couple’s impossible-to-control German Shepherd early on Sunday morning was, I will admit, quite delightful, even when the rural setting was interrupted by a huge depot of shipping containers (The River Maas runs nearby and connects to The Rhine), followed immediately by a luxury yacht showroom and then a bikers’ cafe that was already filling up with leather-clad gents and their mean machines by 9am.

Anyway, back to the wedding. While preparing the barn and store house for the festivities, I spent a substantial amount of time theorising over their potential for conversion into jaw-dropping living spaces: a mezzanine sleeping level could easily hold a couple of bedrooms reaching up into the eaves, while the space underneath them would host an open kitchen along the back wall – probably in matt black; perhaps anthracite – with a bathroom and storage space concealed behind. That left an arching triple-height space for the living room, where, we all decided – oh yes, I’d roped everyone in by this point – a floating fireplace was needed dead centre, suspended from a metal chimney piercing the roof 40ft above.

Then followed various ruminations on where to punch holes for skylights, whether to enlarge the original windows into French doors, and how to deal with the crumbling brickwork and insulation – all while setting up bar tables, hanging fabric from the rafters and suspending fairy lights across the airspace over the dancefloor.

At about this point one of the owners stopped by to drop off some linen and we simply couldn’t wait to impress them with our clever British ideas for their barn. We were by this point feeling particularly pleased with ourselves but had forgotten one crucial factor: we were in The Netherlands. And when it comes to matters of architecture, there is very little we can teach the Dutch.

And so before we got the chance to convey our uniquely honed skills of vision and style, Leanne gently dropped into the conversation her thoughts and ideas for transforming the space, which of course were exactly the same as ours, except a bit better.

So it turns out we’re all at it: not just urban London property types, but Dutch people too – and in the countryside! Are estate agents to blame for this obsession with potential, or is it the telly? Perhaps we can hang it on stuff like #InteriorInspo and the immediate global reach on Instagram.

Whatever it is, we are a world obsessed. And I, for one, quite like it.