We looked for a shop and found a pub. - Unique Property Company
buy
appraisals
Rent

We looked for a shop and found a pub. 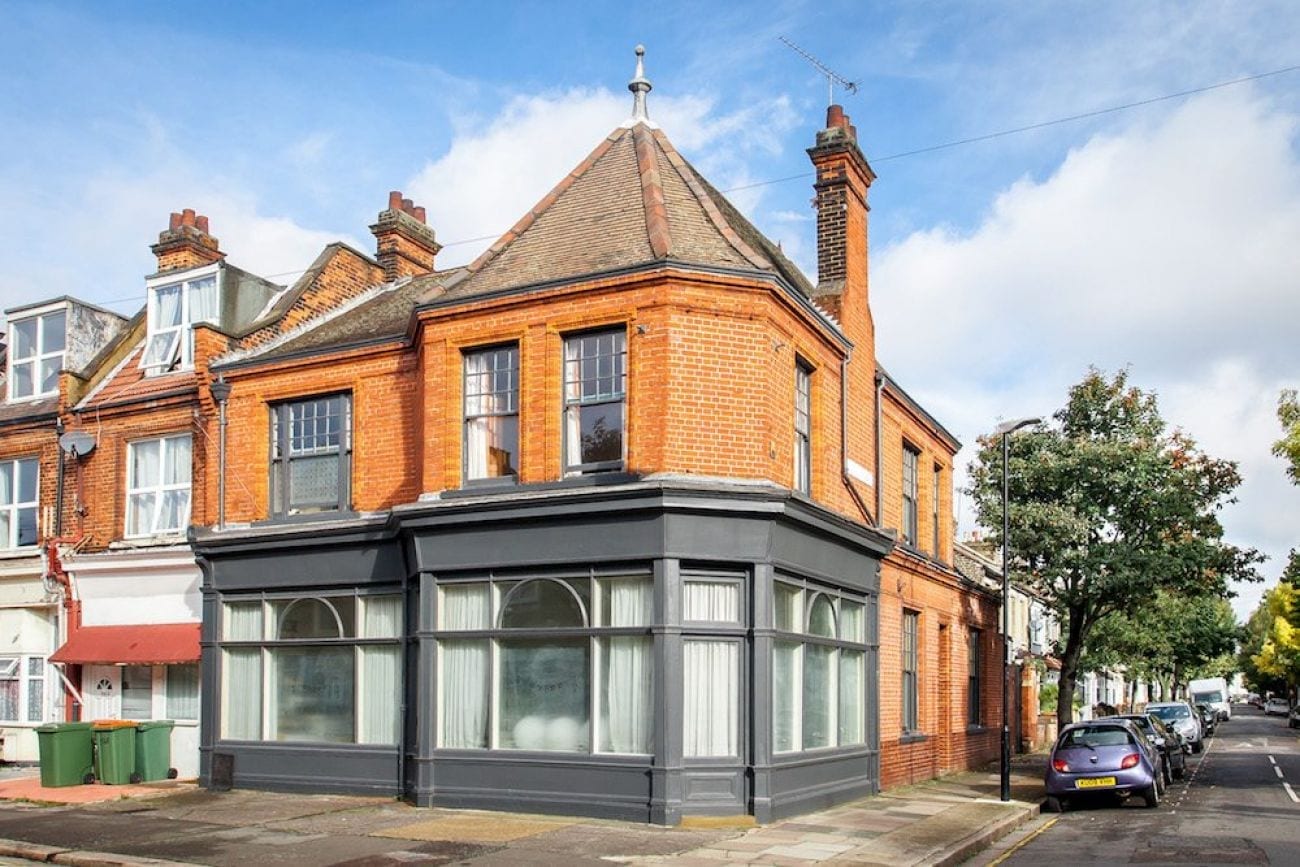 We didn’t set out to buy a pub at all.

We were living in a one bedroom flat in East Ham and needed more space, so we came up with the idea of finding a shop with a flat above. We could use the shop as our studio space, and live upstairs: brilliant!

So one Sunday, we browsed the property pages of our local paper (it was 1985 and the world wide web was just a twinkle in Tim Berners-Lee’s eye), jumped in the car and started cruising around east London looking for freehold shops.

We didn’t find anything that really fitted our brief, but we did stumble across what the agent described as a “two storey corner shop/workshop/storage premises with yard”.

Despite its incredibly dilapidated appearance – the property was last used as an upholsterer’s workshop and had lain empty for six years – we were attracted by its sheer size, so arranged a viewing with a surveyor friend who pronounced it one of the filthiest, most run-down places he’d ever seen, but structurally sound.

His advice was, if we really liked it, to put in a low offer to allow for the cost of restoration and redecoration.

My wife and I both loved the feel of the place from the moment we set foot in it so, emboldened by our friend’s words of wisdom, we offered 25% less than the asking price and, after a some laughter from the agent and a bit of horse trading, we eventually agreed a deal to buy 114-116 Corporation Street.

Once we’d managed to get approval for change of use from commercial to residential and convinced HM Customs & Excise that yes, we were actually going to live there and not sneakily open a shop when they weren’t looking, we were off and running with a normal mortgage and domestic rates.

We had bought what turned out to have been the Corporation Arms*, a pub built by Truman, Hanbury & Buxton around the turn of the last century (they bought the land in 1898) but sadly, there were no traces of the bar or other pub fittings, apart from a couple of holes in the floor where the draft beer was piped up from the huge cellar.

The place was big enough that we’d never need to extend it; in fact, we demolished one of the ground floor rooms to make the garden bigger. Actually, that was the only structural thing we did;  the only other major project was giving the roof an extensive going-over.

Everything else involved restoring floors, walls and ceilings to their former glory and repairing weather-damaged timbers outside. Oh, and putting some serious double glazing up in those big windows.

Corporation Street was our home for 32 happy years, raising a family and hosting some epic parties in the vast living/dining room.

As classic empty-nesters, we’ve now swapped London for a life in Hastings, probably one of the most eccentric coastal towns in Britain – but that’s a whole other story.

*We discovered the name on the outside when we were burning off the many layers of old paint. Sadly, it was too late to save it.