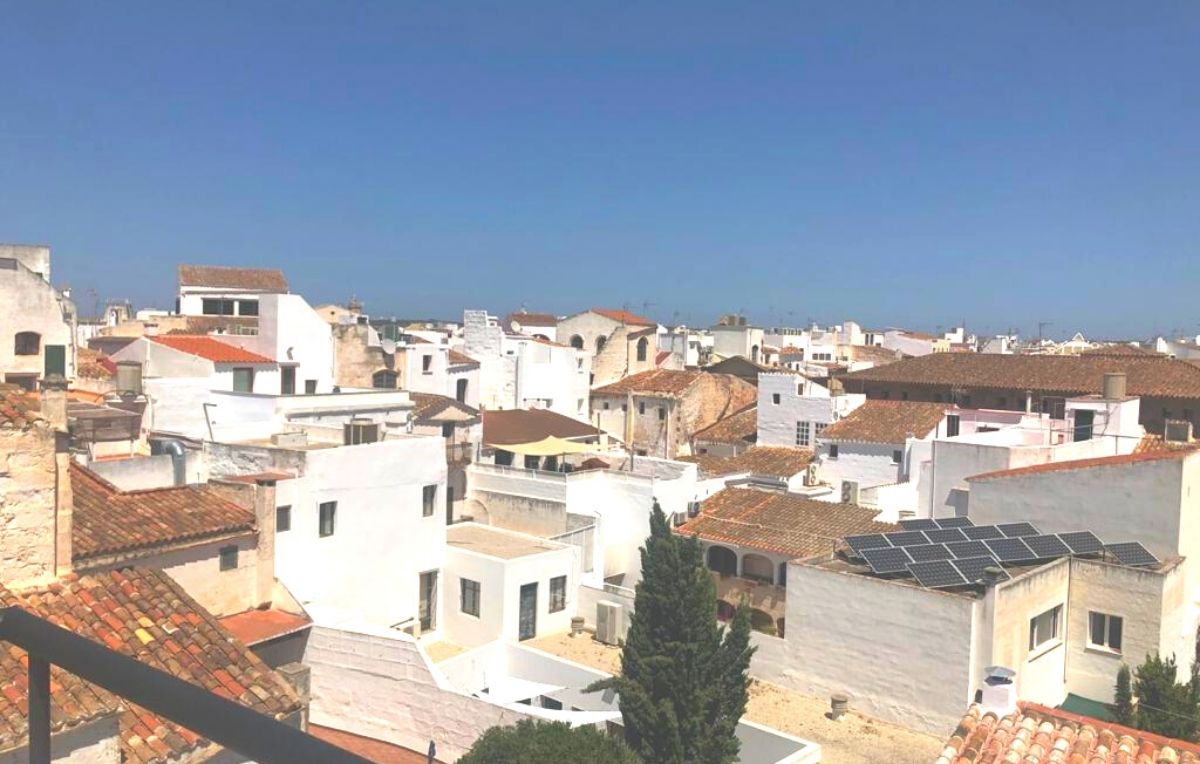 From inadvertently igniting an iconic London art night, to accidentally buying a Spanish palace and creating a boutique hotel, artist Sean Branagan is a man of magical mishaps.

I don’t have many regrets, but I’ve always kicked myself for never getting to First Thursdays, the monthly late night art fest that ruled the East London scene – as the place to see and be seen – for a hefty chunk of the noughties.

As a fully fledged and fully pledged London culture vulture (with memberships to the Tate, Barbican, National Theatre, BFI and Curzon) I went to all the right things to prove my ascent from suburban teen to South Bank sophisticate. And yet, despite a paid subscription to TimeOut – the sponsors of First Thursdays – I never I made it to the party. I even lived in E1 between 2005 and 2011 and had an office in Old Street: I truly deserve that kicking.

I first heard about First Thursdays when sitting upstairs on a bus many years ago, driving up Regent Street, when two girls sitting across the aisle started chatting about art. One said to the other: “I’m really loving the whole Vyner Street thing”, and I remember thinking: “I bet that’s something hip that’s happening somewhere cool.” I’d never heard of Vyner Street and had no idea where it was, but they were clearly a pair of urbanistas who were totally up on the things that were down.

Fast forward to 2010 and the man who inadvertently kicked it all off, Sean Branagan, wanders into an estate agency office on Broadway Market to talk about selling his warehouse/studio space on, you guessed it, Vyner Street. The agent he visited was Davey Stone, a small independent company that our very own Simon Stone had set up in 2004, with the first office in Shoreditch, followed by Broadway Market and then Brick Lane.

Sean ended up on Vyner Street in 1999 having been priced out of Hoxton while looking for a studio space (yes, people were being priced out of Shoreditch even back then when the average £s per sq ft was £300, compared to today’s £1000). And so, with his less-than-adequate budget, Sean started to walk. East.

Eventually he stumbled upon the easily missable and entirely unremarkable Vyner Street, just on the other side of Cambridge Heath Road. In Sean’s words: “It was full of derelict buildings, sweatshops making belts, and nothing else. It was awful, but affordable.” So he took what he could get, but had no idea what he was bargaining for.

“I found two warehouses that were in a terrible state. I rented both of them for a while, then heard landlord was selling and made him an offer. After I bought the building I rented some of the unused space to other artists alongside my own studio.”

As with everything involving artists moving to an area, word gets around. In Sean’s words: “More artists come, posh people find it, and coffee shops move in”. And so it was that Sean saw Vyner Street go from the back of beyond to media darling, pulling in famous faces from around the world – and those who wanted to be seen with them – for what became the legendary First Thursdays, with its credentials and cachet assured with that TimeOut sponsorship.

At its peak, First Thursdays was an unmissable event in any self-respecting Londonite’s calendar (except mine – oh the shame!) with 14 galleries taking part and around 3000 people regularly turning up. Although clearly a success, the shift from underground to mainstream wasn’t all roses. “When it becomes more about being seen than the scene itself, the energy shifts, and the vibe with it and I began to find it a bit tedious.”

In the midst of it all, Sean decided he wanted a new adventure: “I had a mortgage, not so much, but I couldn’t be free. I didn’t fall prey to gentrification because I’d already bought and didn’t need to move out, but my money was caught up in the building.”

Selling up meant finding an estate agent; something Sean really wasn’t looking forward to. “Estate agents have a bad reputation and the problem with most that I’ve met, is that they deserve it. Because of that job title I didn’t trust Simon at first, but our discussions and his advice very quickly allowed confidence. I listened to him when I normally wouldn’t. I’ve heard all the lines, heard all the talk, heard all the spiel. Simon doesn’t feed me the lines I recognise and he’s always played with a very straight bat. It saves time and doesn’t piss me off.”

As Sean owned the freehold, Simon told him to get permission to divide his building into two separate entities to make it more valuable. “He didn’t just try to get the property there and then, and I hadn’t considered that option. It turned out to be exactly the right advice, and he sold them pretty quick.” In fact, buyers were found before the legal work to split the title was complete.

– As a small aside, this is really what estate agency should be about: looking for the best upside possible and seeing if a route beyond the obvious can be taken. It can’t always, but the simple act of giving it some thought is sadly missing.

Back to the story and, as you can imagine, between 1999 and 2010 prices had shifted dramatically, giving Sean what he describes as a “completely accidental good fortune” to fund his next escapade. With no fixed plan he initially rented through Simon just off Broadway Market on Ada Street before buying a flat near Victoria Park to keep as a London base. Then, on a trip to Menorca in 2014, he fell in love with the island and bought a studio there as a holiday home. And here’s where it gets interesting again.

In case you don’t know Menorca, the whole island is a world heritage site and has more beaches than Ibiza and Mallorca put together. In 2016, Sean was introduced to a derelict building in the town of Ciutadella.

It was about an 80% section of an historic palace that hadn’t been used for 20 years – “quite frightening!” and was very different to everything else around it.

In the middle of purchasing the palace, “We were flying to Slovenia from Menorca for Christmas in 2018. It being December the airport was very empty, but suddenly, there was Simon!” The connection is that Simon’s father has a place on the island. The rekindling of a relationship saw Sean move the management of his London apartment to Unique and he has now retained us to find him a property in London.

Set up a bar, restaurant and gallery in 250-year-old gothic church. They were told by the Spanish authorities that they couldn’t use the upstairs floors unless they were for a hotel, so they converted them into a hotel in just 6 months between February and August 2019! The upper floors are now a breezy collection of guest rooms that flaunt a relaxed Moorish minimalism. 10% of front wall kept, everything else brand new. Retained historical elements.” Hotel Fragile has garnered some great reviews since opening with Urban Junkies, “Contemporary, carefully curated pieces of artwork and furniture complement the UNESCO World Heritage Site backdrop. It really feels like the perfect mix. The space is light and breezy and there’s a real flow between inside and outside” and Style Nest “pushing the norms of town-centre hospitality to create a modern, cultural hub for the eco-conscious and creative locals and tourists alike.

You don’t want me to welcome you; I don’t have a service face.

So, does Sean recommend all this renovation? Well, sort of. “It’s silly to take on a big building in a foreign country with different cultures, laws and language. I didn’t buy it to make money, but it has worked out well. Developers have a formula, but when you use passion rather than profit in your project, your belief, instinct and hunch can can given it extra value.”

“But I’m an artist; not a hotelier and not really a barman. You don’t want me to welcome you: I don’t have the service face! The interest for me was the architecture and the change you can make to bring a space that hasn’t been realised. Once we’d done it, my interest moved on.” As with everything Sean, another happy accident was just around the corner. “I didn’t put the building up for sale, but someone introduced us to a friend of theirs from Paris who came round and said he wanted to buy it.”

Having also sold his Menorcan holiday home, Sean is about to become as footloose and fancy free as anyone might wish. So I asked what was next and was initially disappointed with the answer: “I’m gonna buy a house in London, hopefully something to improve.”

For a moment I thought those accidental adventures were going to fade into memory, replaced by a template of conventional property investment. Fortunately, I didn’t have to wait too long before having my faith immediately restored:

“But we’re also thinking about Italy…”