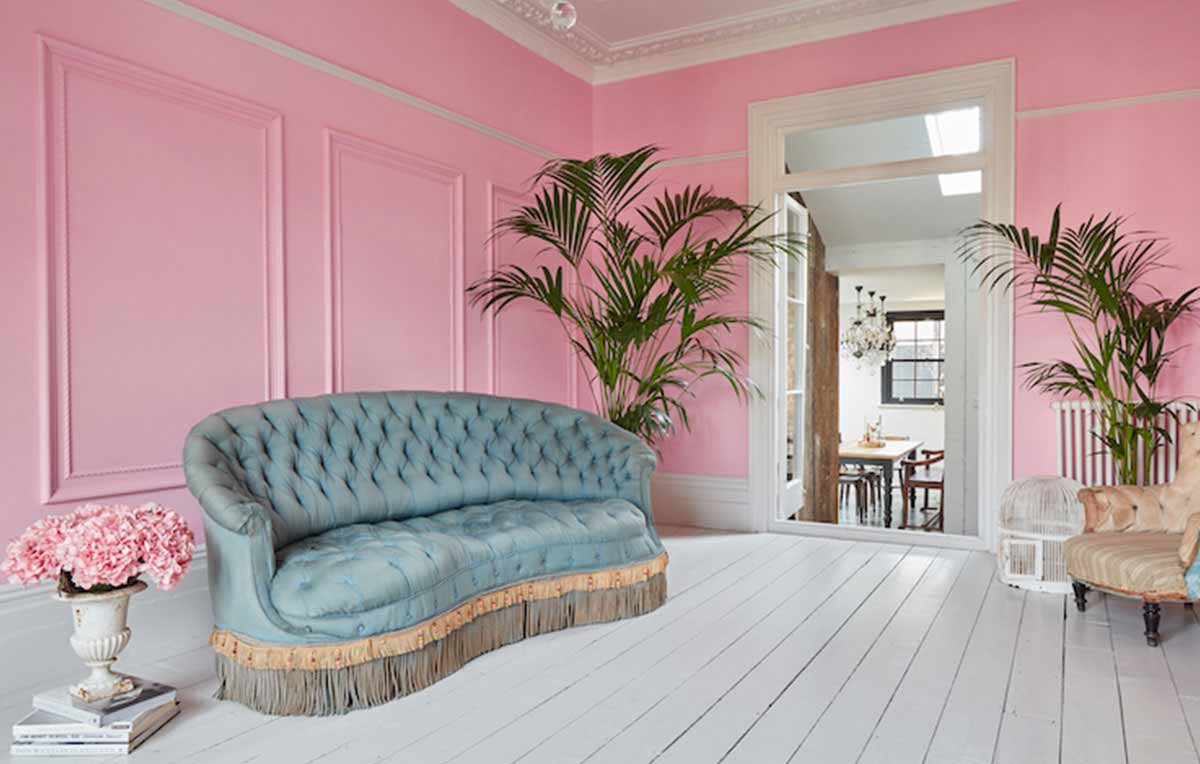 It was the perfect storm when five years ago, Siouxsie Dickens saw a house and had an idea.

The house in question was in Streatham: a rather unloved, partially renovated, Victorian place which had previously been used as bedsits. Clearly, it needed a great deal of work, but most of its original features were intact and it showed lots of promise, with its five bedrooms and a decent-sized (for London) garden.

What Siouxsie really saw was an opportunity to do more than just create a family home for her husband Ben and their daughter, but to use her experience as a fashion stylist to build a profitable business by creating a location house unlike any other.

This was the first major renovation Siouxsie had tackled but, in some respects, she wasn’t exactly a novice. As well as being a successful stylist, she comes from a talented and creative family – her mother is an interior designer and her father is a property developer – so you might say that it was only a question of time before she found herself a project like this to work on.

Not that Siouxsie needed or wanted her parents’ help; this was something she was going to manage completely on her own, and the result is testimony to her singular creative vision and exceptional energy.

It took almost a year to transform this particular sow’s ear into the gorgeous silk purse Siouxsie envisaged, but her efforts have paid off magnificently.

Spread over four floors, the house still has many of its original features, combined with a range of decorative styles from fin de siecle to industrial chic, all of which are stamped with Siouxsie’s unique style; to call her house eclectic is a serious understatement and the finished result is an art director’s dream.

It is, however, fair to say that not everyone shared Siouxsie’s conviction that her location house concept would fly; while Ben supported her all the way, he had some doubts about whether it would be a commercial success. He needn’t have worried; once a few location agents saw the house, their appointment book filled up rapidly.

That initial success has continued, thanks in no small part to Siouxsie regularly changing colour schemes and adding more amazing finds to the interior, so clients can always find something new to inspire them.

Siouxsie’s success with Kempshott Road has led her to get involved with other location properties and to start thinking about what to move on to next. Whatever that turns out to be, you can be sure of one thing: Siouxsie won’t be short of ideas.

PrevPreviousWhat do you mean
NextWhat is space planning?Next