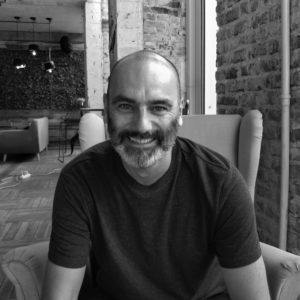 Is a big city exodus on the cards?

There’s definitely an air of moving outwards that’s come over the property market. In the last few weeks, the level of enquiries we’ve been getting from people looking to move away from London has rocketed.

Much was made during the days of lockdown around people reassessing their home lives, careers and locations as a result of enforced workplace changes. Suddenly, millions of us were working from home – an option unavailable to most of the country until that point – and people were given a taste of life without the commute. The bubble of rush hour being a necessary evil was well and truly and burst.

In the thick of it, most of the discussion around lifestyle changes remained as speculation, but since the property market reopened it’s become more of a reality. In fact, two of the most popular recent listings of ours have been out of London; one in nearby Buckinghamshire, the other in far away Devon.

The two homes couldn’t be more different, from the large and luxurious modernist family home converted from a turkey barn in Amersham, to a little Victorian worker’s cottage in Tiverton that’s not been updated since the 60s. Despite nothing in common physically, the houses were united in the strength of their appeal.

We were certain that the former turkey barn would be a hit, but we didn’t expect to agree a sale within 72 hours of going live. At £2.5million, that is fast by anyone’s standards for that end of the market.

In Tiverton, such was the level of interest (unsurprising at a very un-London £275,000), that an entire day of viewings was organised, resulting in multiple offers and a sale agreed in excess of the asking price.

All this out-of-town action leads us to neatly segue to our two latest partners, David Votta and Paul Gardner, who will be looking after unique properties in Kent. Having run their own very successful estate agency in Ramsgate, and with David the county’s representative for ARLA Propertymark, people in the garden of England will have a lot of experience on hand to represent their property.

Kent seemed like the natural place to branch into first as we’ve already handled a number of unique homes there, most notably in and around Faversham. We came across the remarkable market town completely by chance a few years ago when the owner of a property there asked if we’d consider selling it for him.

We were intrigued enough to visit and were blown away by Faversham’s busy cultural scene and its thriving artist community, not to mention its rich collection of unique places to live. It was a complete revelation and, for Simon, the beginnings of a love affair with the town.

It’s also become a very natural place for Unique Property Company to sell property, with the location and lifestyle finding instant favour with Londoners who yearned for a cultural country life, but thought the term an oxymoron.

So, back to the original subject matter: is London about to be abandoned and become a ghostly metropolis of empty homes and streets? Of course not. Its international standing and all-round centre-of-everything status will ensure it remains a busy and vital place, but we could see a fairly substantial shift in commuting behaviour and the way offices are occupied.

Many people are seeing liberation on the horizon: whether from full-time remote working, a reduced number of days when they need to go to the office, or even moving from employed to self-employed, working from home and further out of town feel like an attainable reality for more people than ever.

The conversation around it has also never been bigger, with companies seeing the pound signs in shedding their outgoings on premises. They’re actively exploring how to utilise home working in their operations, removing the resistance from the people upstairs in allowing the people on the floor to have more flexible work lives.

Could it all be a knee-jerk reaction that will die down as soon as the new normal goes back to simply normal?

Maybe, but it really feels like more than that. Not so much a fad as a dormant desire that’s finally getting the chance to be lived.