It’s a bit of a long story… 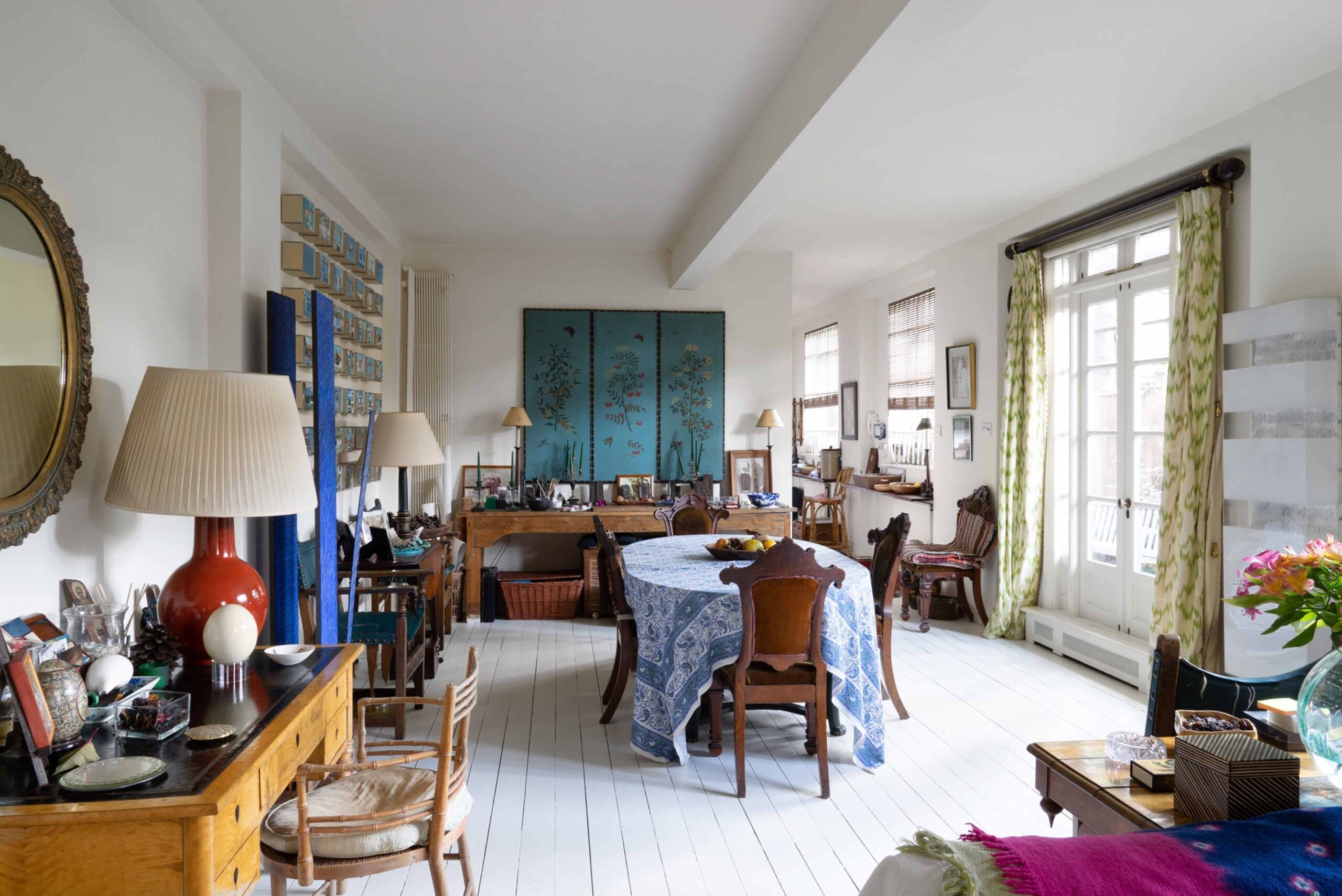 Number 194 Goldhawk Road might just be one of the most hidden away homes in London. Passers-by see only a well kept 19th century semi-detached cottage, but that’s only the tip of the iceberg. Nestling behind it is a former jewellery warehouse, once owned by Ratners Group (remember them?).

Some years after Gerald Ratners’ infamous ‘crap’ speech, the empty workshop and warehouse was discovered by artist and photographer Lindsay Hiscox. “I was looking for somewhere that could be a home as well as a studio,” she remembers “and as soon as I walked into it, I knew it was simply perfect.”

Having spent many years as an interior designer, Lindsay instantly saw the potential of the space. “For years, I’d had dreams about a room which I think was inspired by Scandinavian houses I’d seen – long, with windows all down one side. The moment I walked into the warehouse, my heart stopped. This was it; I simply had to have it.”

Thanks to her interior design experience, Lindsay was used to working with builders and quickly set about transforming the space into a home and studio. “The building itself is incredibly well constructed, as it’s ‘bullion proof’,” explains Lindsay, “so we had no structural problems at all. The biggest part of the project was getting rid of the warren of offices on the first floor; you can still see where we removed all the partitions!”

The space, which is totals almost 5,000 square feet, now boasts a delightful living, dining and kitchen area on the ground floor, with bedrooms, dressing rooms and bathrooms upstairs. Lindsay’s office and studio space, which is large enough to allow her to rent part of it to a painter friend, is double height, with wonderful roof light. The property also includes the cottage at the front, which is currently let, as well as a self-contained flat, which sit on either side of a delightful, secluded courtyard.

“Nicholas and I have adored living here,” says Lindsay “but we both want to spend the next phase of our life together in the country, where we both grew up. “Not surprisingly perhaps, the place we’ve found to move on to is very much like the this!”

At the time of writing, The Long House is for sale via Unique. See www.uniquepropertycomany.co.uk for details.