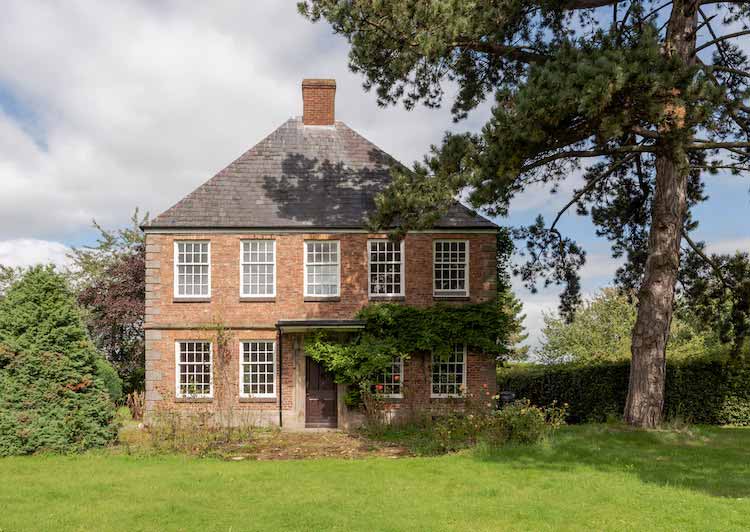 You’ve probably heard plenty already about the wave of city folk moving out of town. People either feeling or realising they no longer need to live an urban life when their work can be done from home and their heart belongs to the countryside.

Fulfilment in where you live is a vital component of health and happiness and it’s now abundantly clear that, for too long, millions have been compromising on joy in favour of income. But that discussion has generally been limited to grumbles with colleagues at the coffee machine, friends at the pub, or loved ones over Sunday lunch or telly.

Suddenly it’s a national and very public conversation, with newspaper articles and online editorial brimming with stories of people upping sticks, leaving the city behind and putting down new roots somewhere greener, quieter, smaller and cheaper.

In retrospect it’s hardly surprising. Humans are hardwired for smaller communities, and huge cities are only a relatively recent addition to the planet. And while there are plenty of people who love metropolitan culture and life – and would never live anywhere else – there are many more for whom the urban environment runs counter to their instincts and dreams.

One of the primary drivers for living in cities is the availability of work and easy access to it, but cities are also seen as having the most interesting spaces to live. For a slice of modernity and contemporary cool, minds generally drift towards creative quarters and former industrial zones, with the provinces dismissed as hotbeds of twee and tiny homes, or uninspiring architecture and design.

But England counties have more than their fair share of unique and unusual places to call home, converted from all manner of buildings that draw a line through our industrial, agricultural and social history: contemporary design, astonishing architecture and remarkable living spaces are most definitely not the preserve of the cities. And while the original inspiration for some of the extraordinary properties we’ve seen over the last few weeks may well have come from urban areas, the spaces can more than hold their own and are a long way from compromise.

To give you a flavour of our recent travels, we’ve seen a converted post office in Suffolk; a nineteenth century water mill in Kent; a modernist seafront masterpiece in Sussex; a converted mid-century water tower in Norfolk; a fifteenth-century Tudor dwelling in Essex; a converted Wesleyan friendship hall, also in Essex; and a mini manor house in Cheshire. There are plenty more in the diary.

And that’s on top of recent out-of-London sales including a flint cottage, a converted gatehouse and a converted poultry barn in places as far and near as Devon and Buckinghamshire.

So, if you’re considering a move to the country, the options are as wide as the sky.